How FTX Crippled The Crypto Industry 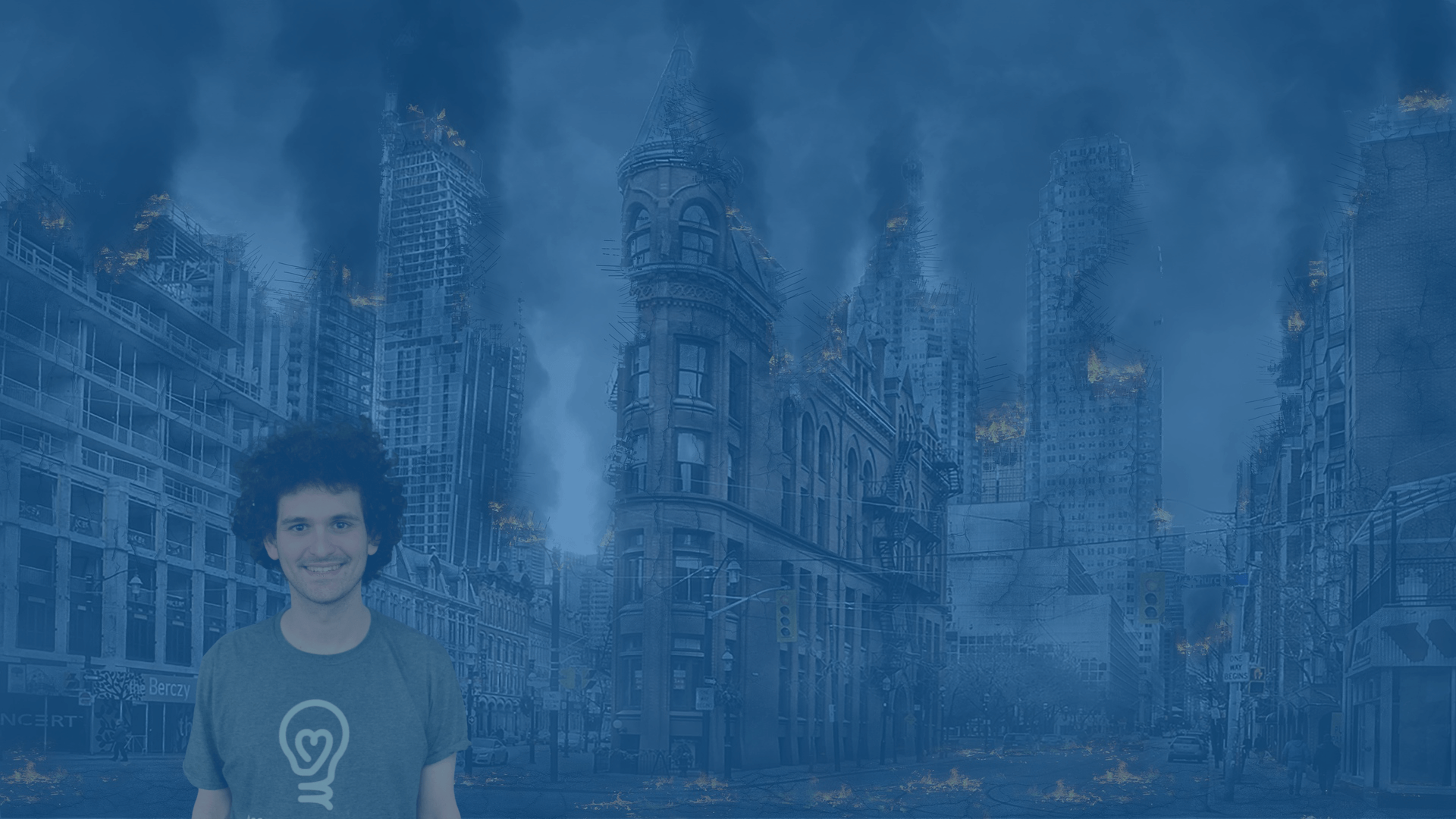 How FTX Crippled The Crypto Industry

I’d like to begin this post with a simple fact: the crypto industry is imploding. Everywhere you look, crypto companies are insolvent, filing Chapter 11 or 13, or under government inspections. I’d like to reassure you that Identity.com is solvent. As you may know, many of us at Identity are OGs in the crypto space, having seen numerous ups and downs in the market. We implemented a plan last year (mid-2021) when we saw the crypto winter descending upon us. We planned to get to cash as soon as possible while leaving as little money on the table as we could. So to give ourselves a good amount of runway, we had to sell some crypto assets. Once we finished this process in mid-November 2021, we just kept building.

Let’s discuss trust in our industry with that out of the way.

In terms of the overall crypto industry, 2021 was a great year. We saw institutional investment from large companies investing significant money into crypto-related projects. Bitcoin and Ethereum reached record highs in November, surpassing $67,000 and $4,800, respectively, and projects like the Bored Ape Yacht Club reached unimaginable heights. In 2021, NFT sales alone amounted to more than $25 billion. These are absolutely unbelievable numbers across the board.

All of the above makes me think BUBBLE! 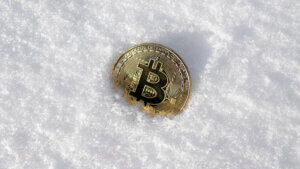 The crypto winter of 2022 started with Bitcoin prices continuing their downward trend. But the winter took deep tolls, and on May 7th, Terra Luna Labs saw over $2 billion worth of Terra unstaked and liquidated. A massive sell-off brought Terra’s price down to $0.91 from $1 – this is huge for a currency that is pegged to the dollar. This led to panic selling of Terra and a crash in the value of Luna as the stablecoin was unpegged. Many companies, including Celsius, Three Arrows Capital, and Voyager, had significant exposure to Terra and Luna. The pioneer of crypto lending, Celsius, enticed new investors with returns of 18% on their crypto loans. Because these loans were too good to be true, they found themselves in a solvency crisis on June 12th when loans dried up, and the value of cryptocurrencies like Luna plummeted. Formerly managing over 10 billion in assets, Three Arrows Capital made risky bets on Grayscale Bitcoin Trust, Luna Classic, and Staked Ether and borrowed from over 20 large institutions. The May crash led to a spiral investment collapse for the hedge fund. The collapse of Terra and Luna had major financial implications to Voyager, causing the exchange to file Chapter 11 on July 6th.

On top of it all, the US Government sanctioned Tornado Cash on August 8th. Tornado Cash is an open-source, non-custodial, fully decentralized cryptocurrency mixing app that allows you more privacy by mixing tokens from transactions. As a result, the US Government saw Tornado Cash as a money laundering machine and put the smart contracts on the OFAC list. This led to a more hostile crypto environment in the United States.

In addition to a down market, numerous bankruptcies, and sanctions, 2022 has been ripe with crypto hacks. October lived up to its name Hacktober, losing nearly $760 million in assets. A record $2.98 billion in stolen assets was recorded for 2022 as of October 31st, nearly double the $1.55 billion lost in 2021. During Hacktober, 44 different exploits affected 53 different protocols. A few of the notable hacks are listed below:

These are just the ones we are notified about. But take a look at the REKT database sometime and see how many issues are reported on a daily basis. It is staggering. 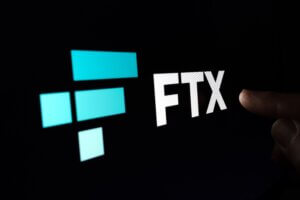 The son of two Stanford law professors, SBF graduated from MIT with a bachelor’s degree in physics and a minor in mathematics. He interned at Jane Street Capital and was later hired there. In 2017, SBF founded Alameda Research, a quantitative crypto trading firm. Despite being new to the crypto space, SBF took some big risks, with big gains, and made Alameda a name in the industry. In 2019, he founded FTX, a cryptocurrency derivatives exchange.

Sam worked at the Center for Effective Altruism as the development director between working at Jane Street and founding Alameda Research. EA is a philosophical and social movement that advocates “using evidence and reason to figure out how to benefit others as much as possible and take action based on that.” To maximize their impact, people who pursue the goals of effective altruism often choose careers based on how much good they achieve and donate to charities.

SBF was a big proponent of EA and discussed his involvement and goals openly, saying that EA was a reason to “get filthy rich, for charity’s sake.” Additionally, in an interview with Bloomberg earlier this year, Bankman-Fried said he was committed to giving away 99% of his wealth.

While he donated almost none of his personal wealth, SBF established FTX Future Fund in order to realize his goals and committed to investing $160 million into good causes. The actual amount donated is yet to be determined. 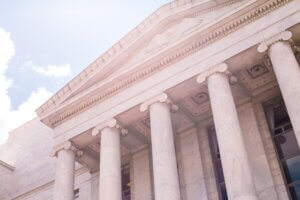 According to SBF, he intends to donate $1 billion to influence the next US presidential election and spend “north of $100 million” on campaign contributions during this year’s midterm elections. However, SBF only donated $40 million to political action committees and campaigns, most of it going to support the Democrat Party. He was one of the largest donors behind Joseph Biden’s successful presidential campaign.

To make FTX the most significant and most ‘compliant’ exchange, SBF wanted to influence change and perhaps politicians. But, like me, he knew regulation was coming for cryptocurrency, so he tried to position FTX well. 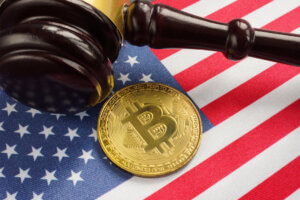 In May 2022, SBF found himself in Washington, D.C., sitting in a Congressional Hearing talking about “Changing Market Roles: The FTX Proposal and Trends in New Clearinghouse Models”. This type of relationship with Congress and the CFTC was something that SBF had been building for quite some time with his various donations. It felt that this could help guide regulations in a way that would benefit FTX and the crypto community. With this hearing, SBF became the poster boy for cryptocurrency reform in the United States, gaining the trust of politicians and regulators.

Later, in October, SBF released his report on regulations entitled “Possible Digital Asset Industry Standards.” Regulators praised this document as a step in the right direction, but crypto enthusiasts criticized it. The major sections in his plan included the following:

The criticism was fast and sharp, as these suggested standards were seen as a near capitulation of all of the ideas of the Web3 community.

The key issues that the community had with SBF’s proposal included the following:

For a deeper dive into the critique of SBF’s proposal, Erik Voorhees did an incredible write-up here.

The FTX collapse has laid waste to many companies in the crypto ecosystem, and this has only just begun. Solana, Genesis, and BlockFi, just to name a few, are casualties in this implosion.

Solana and FTX had deep financial ties. Not only had FTX built Serum, the on-chain crypto exchange that powered much of the Solana Decentralized Finance, but the Solana Foundation had millions of dollars in the FTX exchange itself.

Tens of millions, as it turns out. On the exchange, when it went dark, the Solana Foundation held over 134 million SRM (Serum) tokens and over 3 million FTT tokens. At the time of writing, those assets are worth over $33.7 million ($28.97 million for SRM and $4.7 million for FTT), but that could change any minute.

This relationship was one thing, but the collapse of FTX has resulted in severe selling pressure on SOL, which continues to decline. But perhaps the most pain has been caused by FTX’s backing of the wrapped assets called Sollet assets. “Sollet assets” are essentially wrapped bitcoin, ether, and other crypto assets. The FTX collapse has sent these into a death spiral of more than $40 million.

SBF was a great champion of Solana, which may taint its brand for quite some time. As the old adage goes, “one rotten apple spoils the bunch.”

After the FTX collapse, the Gemini Exchange announced that it was halting withdrawals from its Earn program. This immediately caused a stir in the crypto community: was Gemini on the ropes? As it turns out, that concern was unfounded, as Genesis backed the Earn program. It wasn’t a Gemini problem; it was a Genesis problem.

On November 11th, Genesis announced that it had $175 million locked in FTX, but it wouldn’t impact its daily operations. Five days later, they paused withdrawals and began denying rumors that they were filing for bankruptcy.

While the ongoing solvency of Genesis and its parent company Digital Currency Group (DCG), is unknown, there is clearly something amiss.

BlockFi, another victim of the FTX disaster, filed for bankruptcy on November 28. As a New Jersey-based crypto lender similar to Genesis, BlockFi clearly had exposure to FTX and/or Alameda. They revealed in their bankruptcy proceedings that FTX and Alameda Research owe them more than $1 billion—$671 million on a now-defaulted loan to Alameda and $355 million in funds frozen on the company’s crypto exchange.

These are just a few casualties; who knows how many more are left to find.

It is unclear if SBF is incompetent or a bad actor, but what is clear is that his fallen exchange and his political contributions have made this industry much less trusted than before. Instead, the regulatory targets are much more apparent to the government. This only makes the US and the rest of the world more hostile to our crypto community.