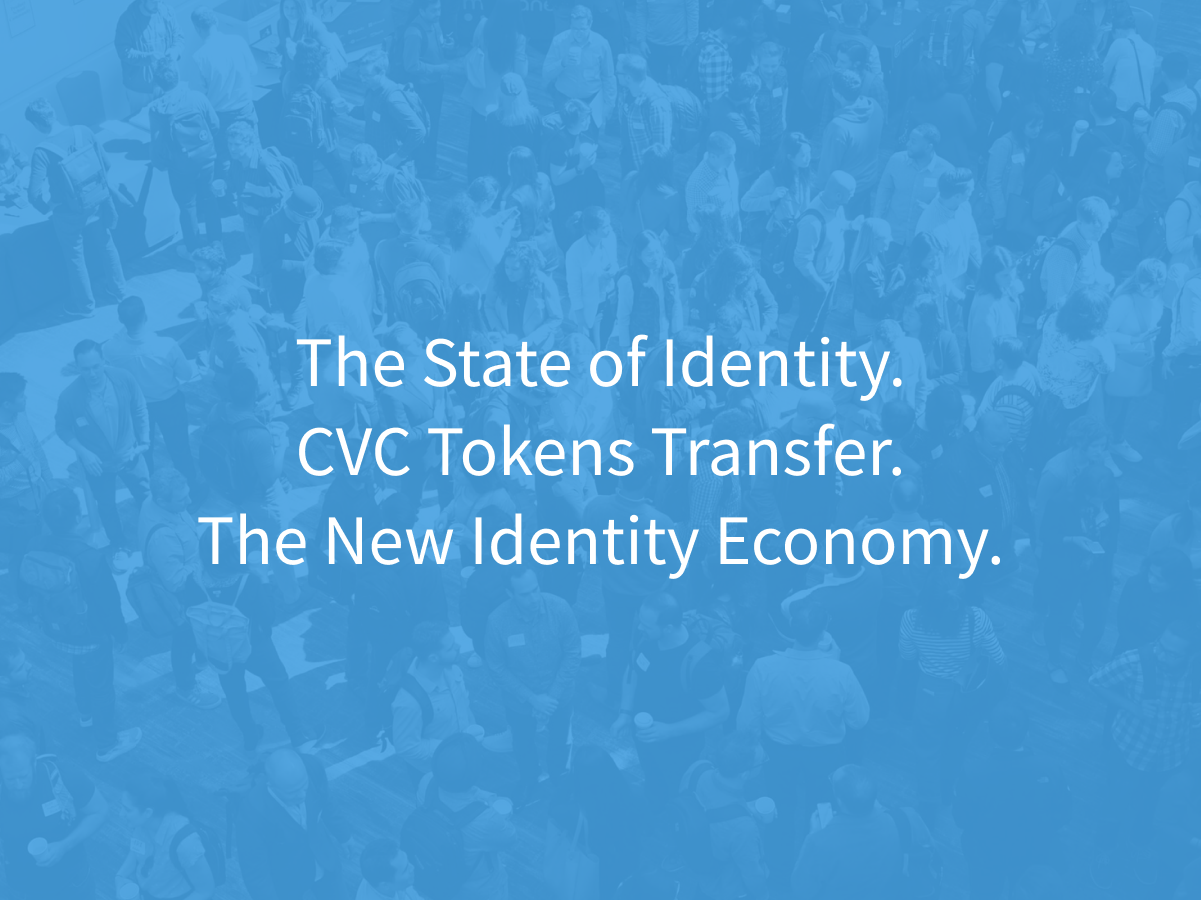 Just a few short weeks ago, Identity.com became an independent 501(c)(4) nonprofit organization. The time has gone by for me in a blink of an eye in my role as executive director at the company. From speaking panels at Silicon Valley TV and Blockchain Week LA to conferences addressing the gaming industry and tech in Arkansas, it’s been an exciting time to be a part of the identity community.

The State of Identity

Now, more than ever as the digital world proliferates, I’m struck by the need for a better identification ecosystem. The introduction of digital identity gives us the ability to know who is on the other side of a digital interaction or a transaction, and know who we’re engaging with online, or in real life. Identity verification solutions are a step towards protecting democracy and our livelihoods.

Within this migration to digital identity, there are many definitions as new nomenclature develops. We define digital identity as a collection of verified credentials stored on a digital medium (e-passport, phone, etc.). While much of the world’s governments rely on older technology for their identity systems, there are some bright spots of progress. Passports actually use very sophisticated technology, leveraging both biometrics and e-gates in the UK for example. In another example, U.S. passports now also work with the egates.

At the same time, the regulatory climate is fuzzy and creates uncertainty for businesses. Many regulations take aim at protecting data from one perspective or another — for example GDPR, California Data Protection Regulations in 2020, and CAN-SPAM — but currently, there’s no unified view to protect the public.

And, as the world continues to migrate to the internet, more voices are being heard. The internet was built to be the way it is for a reason, and part of that was to allow anyone to access and communicate, regardless of name, or identity or race or wealth. However, given ongoing problems arising from anonymous commenting and the veracity of social media advertising, there seems to be a real need for identity solutions, in order to verify that the person is indeed a person and not an automated robot. For example, if one of the social media giants were to connect users to an identity.com attestation, the public audience would be able to see that a user was a real person and be able to understand their information appropriately.

With our transformation to an independent nonprofit organization, we previously announced that we took custody of the incentive CVC tokens. As a reminder, these tokens were issued in 2017 during the Civic token sale. At that time, one billion CVC were issued, and 33% of the tokens, or 330M CVCs, were allocated for distribution to incentivize participation in the ecosystem. These tokens were transferred from Civic to Identity.com wallets following this structure:

(some numbers may vary depending on individual partner agreements)

As we previously stated, Identity.com does not have an intention to sell its tokens beyond small amounts needed to grow the ecosystem incrementally and in a manner that does not impact the market. More specifically, Identity.com will be selling tokens at some point in the future to the public; however, we will never sell more than 25% of the daily CVC volume.

Civic will continue to use the Identity.com ecosystem as one of our biggest initial partners for identity verifications and will continue to contribute to the ecosystem’s open-source codebase. However, we have also made strong progress towards attracting new, large scale validators and will be announcing some partnerships in that regard over the course of the coming months.

The opportunity for the new identity economy has never been more clear to me. Since its formation, we’ve envisioned Identity.com as an entity that will propel a world where everyone has a digital identity that they control. To build this world, we must completely transform the way we think about identity and engage the community we serve that holds our shared values. Together, we’ve built an open platform where organizations that want to develop on top of Identity.com and leverage the identity verification infrastructure are welcome to build or connect their own identity solutions. We’ve come a long way together, and the future is bright for a better, more efficient identity verification experience for all participants.

We are Growing: The Future of Web3 Identity
September 9, 2021
Go to Top
Share this ArticleLike this article? Email it to a friend!
Email sent!