What are Decentralized Identifiers (DIDs)? 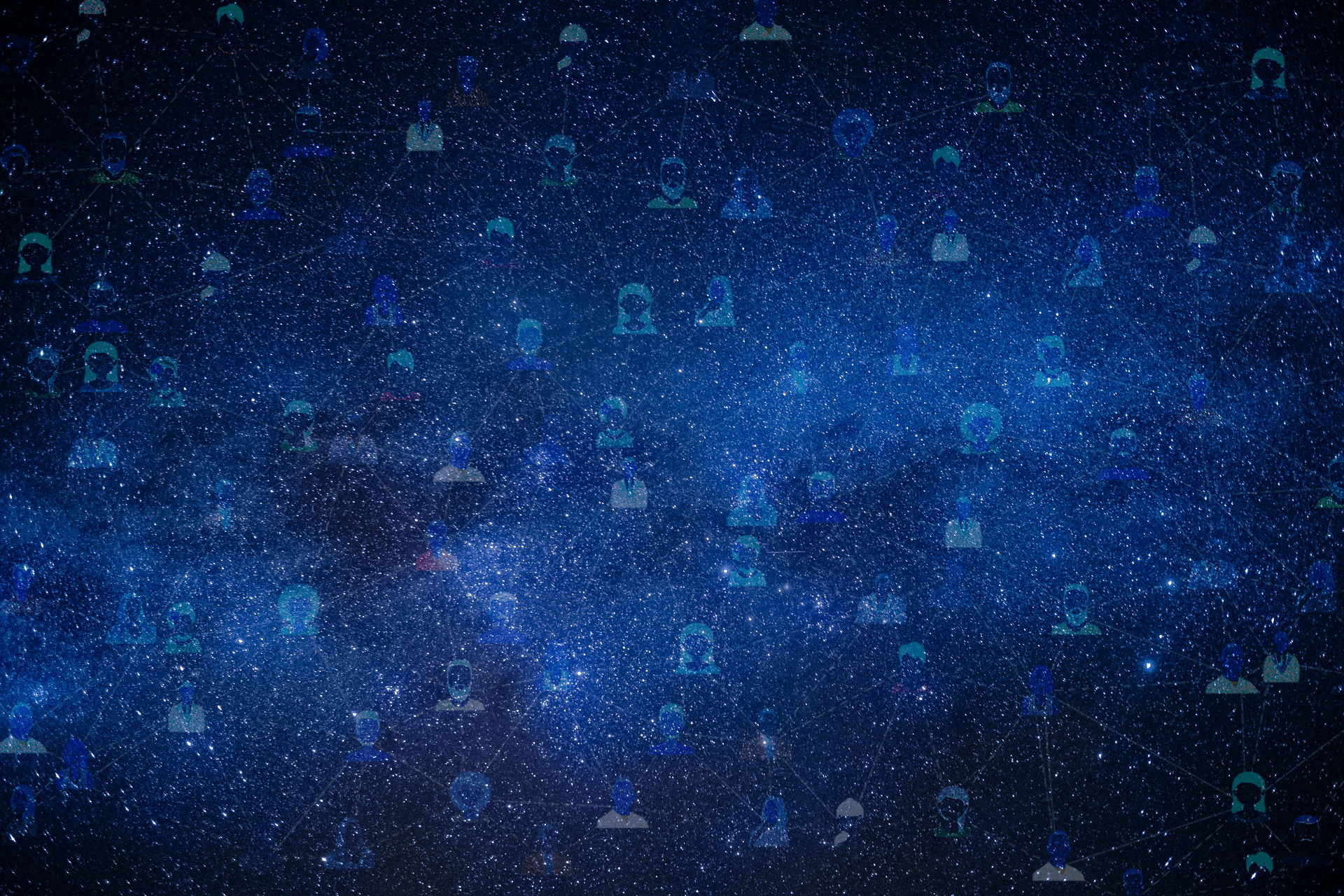 What are Decentralized Identifiers?

As of now, emails and phone numbers remain the primary identifiers for internet users. These sets of identifiers are controlled by third parties, issued to users, and can be terminated based on the issuer’s discretion. Due to the possibility of these identifiers being revoked or having been revoked once, users have multiple emails and phone numbers. 2019 DMA data shows that an average user owns 2.5 emails. Although no one owns two and a half emails (i.e., 2.5), the average (data) shows that some users have one or two emails while others have more. This may also be relevant to you. Do you have more than one email?

The limitations of the current third-party identifiers raise some questions regarding identifiers suitable for the Web3 decentralized ecosystem. Can a user have an identifier not owned and controlled by a third party? Can internet users control their identities, especially their identifiers, and not be at the mercy of service providers, whether it be emails or phone numbers?

What is Decentralized Identity? 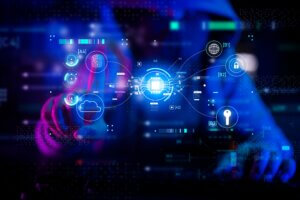 Identity refers to a set of information about an individual; it can be changed or updated over time, just as a child’s identity keeps evolving as they progress through school, employment, promotions, and more. As the child moves from one educational level to another, more certifications are added to their list of credentials. While identity is defined above, Identifier is a unique piece of information that helps identify a particular entity (person, organization, pet, IoT, etc.). Identity can change, be updated, or modified, but an identifier always relates to an individual, entity, or thing (i.e., an identity). The job of an identifier is to point to an identity.

What are Decentralized Identifiers (DIDs)?

Cryptography is the bedrock on which Decentralized Identifiers (DIDs) are built. The public encryption program makes it secure and verifiable. It also gives a unique feature of a “controller” — this is the person with full control over the identity. While the public can only access or verify the identity, the controller updates the DIDs document when necessary.

The Core Properties of DIDs:

Four core components make DIDs outstanding and different from other Uniform Resource Identifiers (URI). So unique that World Wide Web Consortium (W3C) undertook the specification for its development. Below are the four properties of DIDs: 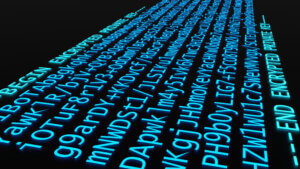 DIDs and Web 3.0 generally are hinged on how privacy-friendly they are and how secure users’ information can be. Still, all these wouldn’t have been possible without cryptography as the foundation of the ecosystem. Cryptography is a technique of protecting data, messages, or communication using codes or computer algorithms so that only the recipient(s) can access the information or the content of the message. This message can be transmitted through different communication channels, but the information or message conveyed is disguised and made non-readable through rule-based mathematical algorithms. The recipient can interpret the message upon receiving it into a human-readable version through cryptographical keys.

Encryption means converting a message or information into a non-readable version that protects the content while it is being sent to a recipient(s). Reversing the process to get the original information in a human-readable version is called Decryption. Encryption and Decryption are crucial in the world of cryptography as it relates to decentralized identities, DIDs, and verifiable credentials. Below are the four main cryptography standards that align perfectly with the goals of DIDs and Web 3.0 in general:

In decentralized identifiers, the third and fourth cryptography standards as written above play an important role. Non-repudiation means the identity of an information sender or receiver is digitally and permanently signed on the information, which can not be denied. On the other hand, authentication shows that this identity can be easily verified; this is how “decentralized identifiers” work.

Cryptography can be classified into two types, symmetric and asymmetric. Symmetric encryption, also known as single-key encryption, encrypts information and requires a secret key from the sender to decrypt it.

Focusing on the crux of the discussion, which is DIDs, the public key makes it possible to create and manage an identifier effortlessly. This way, a verifier can easily confirm the authenticity of the identifier behind an identity. The details about this identifier can easily be managed by a “DID controller,” knowing that the private key is only known by the identity’s creator and/or owner.

Who is a DID Controller?

A DID controller is a person, organization, or autonomous software that manages the identifier for the owner, entity, or connected subject. At creation, the controller determines what an identifier is meant for — for a person, organization, abstract entity, etc. The concept of the “controllers of DIDs” was developed to empower controllers to have complete control over an identity without needing permission from a third party apart from the one given by the owner or creator. A DID might have more than one controller, as defined by the “DID method,” with the owner not necessarily being the only controller.

A practical example of the above is a mother that created a decentralized identifier for her newborn, which would be connected to other credentials issued to the baby, like birth certificates and immunization cards. Definitely, the child can’t be the DID controller until he is of age; this automatically makes the mother the controller. The father could also be added as a controller; remember that a DID can have one or more controllers.

DIDs are unique resource identifiers (URIs) that connect an entity or DID subject with a DID document and a controller that updates the DID document. The controller helps the public or the verifier to confirm or authenticate the connected identity.

What is a DID Document?

A DID document describes the connected DID subject. It contains cryptographic keys that a DID subject can use to authenticate itself and show its connection to a decentralized identifier. Anyone in the public domain can access a DID document, but only the controllers can make changes to it. Since this document is available to the public, sensitive information about the identifier should not be included. The DID document should contain information to aid verification, authentication, and interaction between entities.

DID documents are graph-based data structures that can be expressed using multiple compatible data formats, but JSON-LD is the most popular. Below is an example of a DID document in JSON representation from W3C.

What is DID Resolution?

A DID resolution is the process of obtaining the DID document associated with a DID. In this process, a DID resolver (a software or hardware component) takes a DID as input data and produces a corresponding DID document as the output data.

In computer programming, there are four basic operations associated with persistent storage. The same can be said of DIDs as persistent identifiers: “create, read, update and deactivate.” DID resolution falls into one of these four operations, and these operations have unique differences according to the DID method associated with each DID.

What is a DID Method?

Unlike other unique resource identifiers (URIs), DIDs are not created on one network and database, so there are different methods for different databases. For example, some are developed and maintained on the Bitcoin and Ethereum networks. A DID Method describes how a DID is resolved in a specific blockchain or distributed ledger and how DID documents are written and updated.

All types of DIDs support basic functionalities, but the difference is in how the method schemes are implemented. Each DID method is defined by its method specification, which specifies how the DID document is created, updated, resolved, and deactivated from the identifier. A typical DID method structure follows this pattern — did:example:123456789abcdefghi. The DID method structure is broken down into three parts, highlighted in black below with their corresponding names:

DIDs come in various types with different mechanisms and operations in resolving these DIDs from their respective identifiers. However, some have shared features and patterns. Below are the most common or leading types of DIDs:

What is The Use of DIDs?

A DID identifies any subject as prescribed by the controller. Using DIDs, a controller is able to prove the identity of a person, organization, pet, device, etc., without the help of the government, third parties, or centralized databases. 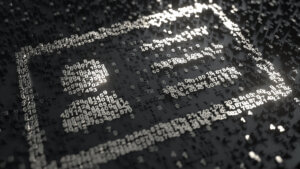 Decentralized identifier is a technological development that allows a credential to be digitally tied to a user through cryptography. The name “Verifiable Credentials” primarily refers to typical credentials. The name was derived from the fact that through DIDs, the authenticity of credentials can be verified, and the owner’s (holder’s) identity can be confirmed. 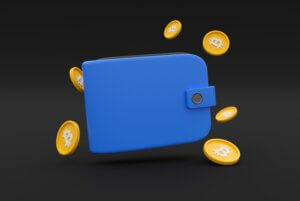 Wallets are applications used by individuals or entities to control and manage their digital identity and verifiable credentials. It fulfills the following functions:

In an increasingly digital world where all aspects of communication, transactions, and social engagements are digital, the way people and organizations are identified online has to be re-evaluated. Digital Identifiers came at a time when identity theft, credentials forgery, and a shift away from centralized databases were unquestionably needed.

DID is just one piece of a Lego toy collection, one solid foundation for a skyscraper. DID will revolutionize the identity, credentials, and web ecosystems. This development will impact many other ecosystems since it relies on blockchain and decentralized ledger technologies (DLT).). One thing to pay attention to that supports this claim is the continuous growth of blockchain technology and its increasing applications. You are officially welcome to the decentralized world and, more importantly, to the possibilities that await in the future.

Verifying a user’s identity and the authenticity of their credentials has become increasingly important in the 21st century. DIDs were founded on the framework of the decentralized ecosystem, which makes this possible, and it equally gives users the power to manage their identity. It is impressive to see Identity.com contributing to this desired future as a member of the World Wide Web Consortium (W3C), the standards body for the World Wide Web.